Research is highlighting that many people are deviating away from traditional funeral services, with direct cremations and celebration of life ceremonies becoming the favoured, alternative options for many.

What is a ‘traditional funeral’?

A funeral is a time to celebrate or mourn the life of a loved one, family or friend. Funerals are a chance for people to pay their respects to the deceased, acting as an aid to the grieving process. Usually, they are organised to take place up to 2 weeks after the death, depending on the country or the religion. Traditional services follow the structure of a service, usually in a place of worship or crematorium, followed by the burial or cremation and then awake for people close to the deceased to share memories and offer support. Mourners usually dress in black and it can often be a sombre occasion with hymns and heartfelt readings.

Due to the increase in the cost of funerals, people are beginning to seek more affordable funeral options and also ensuring that a large amount of money is being spent on a funeral that they would have wanted. An increasingly popular and more affordable option is a direct cremation, which is a simple cremation with no service and then the ashes returned to the next of kin. This is a favourable option for many as it eliminates the need for the quick turnaround of organising a funeral and loved ones can organise a memorial or celebration in their own time.

In 2020, 50% of all funeral services were described as Celebration of Life ceremonies according to the Sunlife (2021) Cost of Dying report. A celebration of life ceremony does not follow the same formalities as a traditional funeral service meaning that it allows room for more personal touches and can be carried out without restrictions on the timing or location. The ceremony exudes a positive feel by celebrating the deceased’s life rather than mourning the death, with attendants encouraged to dress in bright colours or even in some instances, fancy dress. They can be held at a location that is personal to the deceased such as their favourite pub, their home, or their favourite beach. Due to the increase in direct cremations, people are choosing to have a celebration at a later date to replace the service.

A humanist ceremony is a non-religious service for those who do not resonate with a faith, who would not want their send-off to be tied to any religious traditions or beliefs.  Much like a celebration of life, it recognises the death and the grieving of loved ones but also focuses on the positive aspect of celebrating the deceased’s life. 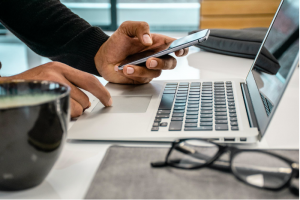 Technology is playing a huge role in how people attend funerals and how they are organised and carried out. For example, people have begun to use social media, particularly Facebook and Twitter as a way of announcing death or inviting loved ones to a funeral. Traditionally this would have been done by a funeral or death notice in the local newspaper for a fee, but not only is sharing on social media free but nowadays it is also more likely to reach a greater audience. Thanks to technology, live streaming funerals is also becoming the norm so that those who cannot physically attend the funeral are still able to witness the service, or for the funeral of high-profile personality fans and the public are able to attend virtually.

Another way that funerals are changing is how the cost is covered by the individual. Many people are starting to see the need to make financial provisions for their own funerals, as not to leave the burden with their loved ones. Taking out a funeral plan is a popular option, as well as life insurance or funeral cover, or else the cost would need to be covered by savings, the estate or the next of kin. Funeral plans can also be a great way of documenting your funeral wishes to ensure that your funeral will be carried out how you wished, and assumptions will not have to be made. Crowdfunding funerals is also a fairly new idea and is when the cost of a funeral is fundraised by people through pages such as JustGiving or Go Fund Me if the costs cannot be covered by the deceased’s family or friends.

Overall, it could be said that funeral practices and traditions are changing in some ways, with people favouring alternative services such as the celebration of life ceremonies as they can allow for more personal touches. There are many ways to mourn or celebrate but to ensure that your funeral will be how you would have wanted, it is important to start a discussion with loved ones and document your wishes.