You probably heard about probiotics and how they can serve as an alternative treatment for diarrhea, but did you know that they have other health benefits?

In the past, people assumed that all bacteria are “germs” that can cause sickness or harm the body. However, probiotics are different.

These live microorganisms are usually found in fermented foods like yogurt as well as in dietary supplements. They are called “good bacteria” for a good reason – they aid in several processes in the human body to ensure optimal health.

If you’re unsure about what you can get from taking probiotics beyond easing diarrhea symptoms, here are the six lesser-known health benefits of these so-called “good bacteria” that you should know about:

1. Probiotics Maintain or Restore Balance Between Good and Bad Bacteria in the Gut

Issues in the digestive tract are sometimes caused by an imbalance between good and bad bacteria in the gut. An imbalance in the gut flora can lead to digestive issues, allergies, obesity, and even aggravation of mental health problems.

Often, what tips the balance is a higher number of bad bacteria and insufficient good bacteria. This can be the result of several situations, including:

To restore or maintain the balance, some doctors recommend increasing the level of good bacteria with probiotics, either via yogurt and other fermented foods or in the form of pill and powder supplements. They are also considered generally safe for most people, though more research is needed to support its effectiveness as an alternative treatment for some issues involving the digestive tract.

More and more studies are now linking gut health to a person’s mood and overall psychological well-being, which means probiotics might also be able to help with some psychological health issues, albeit indirectly.

Based on studies conducted on both humans and animals, probiotic supplements containing Lactobacillus and Bifidobacterium strains may improve obsessive-compulsive disorder (OCD), depression, autism, anxiety, and even memory.

In one review, 15 human studies discovered this effect of supplementing probiotics for the above-mentioned conditions when done regularly for one to two months.

After that, another study was conducted on 70 chemical workers who consumed 100 grams of probiotic-containing yogurt or a probiotic supplement in capsule form for six weeks. According to researchers, the subjects attested to a general improvement of overall health and experienced less depression, stress, and anxiety.

Another study on 40 patients also revealed that taking probiotics for eight weeks has reduced levels of depression. The subjects experienced lower levels of insulin and other hormone levels as well as C-reactive protein, which serves as a marker for inflammation. 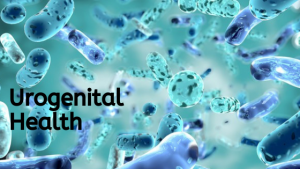 Another potential benefit that probiotic therapy has for humans is its role in maintaining optimal urogenital health.

Just like the digestive tract, the vagina has an ecosystem of bacteria that needs to be balanced to ensure optimal health. However, intake of antibiotics, birth control pills, and even spermicides can cause an imbalance in bacteria, which might then lead to more complicated urogenital issues such as:

Again, this delicate balance can be restored and maintained by introducing more good bacteria through probiotic therapy. One particular type of probiotic that can help with this is the dominant Lactobacilli strain.

4. Probiotics May Benefit People with Constipation

Believe it or not, a more common problem that may be improved by probiotic intake is constipation.

Although it is the opposite of diarrhea, researchers discovered that probiotics could also help constipated patients by increasing the frequency of bowel movement per week by 30 percent. This is because probiotics can help slow down “gut transit time” to an additional 12.4 hours. Probiotics have also been found to be useful in softening stools, thereby making excretion easier.

However, experts have yet to come up with specific recommendations when using probiotics in managing the condition.

Probiotic products for adults have also been found to bolster cardiovascular health by lowering blood pressure and LDL or “bad cholesterol.”

Certain good bacteria that produce lactic acid can help decrease cholesterol levels by breaking down gut bile — a naturally occurring fluid that aids in digestion and is made of cholesterol. In doing so, probiotics help prevent bile from being reabsorbed into the gut and stop it from entering the bloodstream in the form of bad cholesterol.

A review of five studies revealed that regular consumption of probiotic yogurt within two to eight weeks could reduce LDL and total cholesterol levels by 5 percent and 4 percent, respectively.

Aside from that, probiotics have also been found to be beneficial in reducing a person’s blood pressure, albeit modestly. To experience any significant results in blood pressure regulation, researchers said a person has to supplement probiotics every day for more than eight weeks.

6. Probiotics May Help Alleviate Some Allergies and Eczema

Some probiotic strains have also been found to be helpful for infants and young children suffering from certain types of allergies and eczema.

Based on one study, infants who were given milk supplemented with probiotics showed improvement in eczema symptoms compared to those who weren’t given the supplement.

Later, another research also revealed that children born from women who consumed probiotics while pregnant give birth to babies who are 83 percent less likely to develop eczema during their first two years of life.

However, the connection between eczema and probiotics remains weak and requires further study. The same goes for milk and dairy allergies, although there have been positive responses in people who took probiotics to improve their allergic reaction and intolerance to this type of food.

Make an informed decision about probiotic therapy by learning about all the possible benefits you can get from supplementing with these good bacteria.