When we think of France we think of places like the city of Paris, The Eiffel Tower, The Arc de Triomphe, and The Louvre. These destinations are among the most popular places to visit for tourists, but what about the lesser-known ones? France, being among the most visited countries in the world, is full of places to visit both known to visitors and only to locals. Because some of these are outside of the usual tourist cities like Paris, you may have to learn more than just how to say hello in French. Let’s take a look at some amazing places to visit in France that aren’t as well-known among your typical tourists. 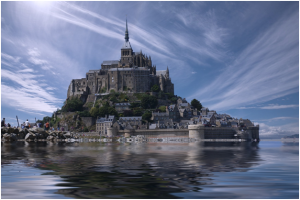 Le Mont-Saint-Michel (or simply Mont-Saint-Michel) is more well-known among France enthusiasts and francophiles, but less-known among casual tourists. It’s an island located in Normandy, France surrounded by walls from medieval times and tall towers that occupy the center. Driving to the island is only possible during low tides as the water cuts off the roadway to those looking to travel to or from it. Designated as a historic monument in the late 1800s, Mont-Saint-Michel is visited by a few million people every year and is one of France’s most discernible landmarks. Outside of France and Europe however, Mont-Saint-Michel remains a destination that few tourists strive to visit. 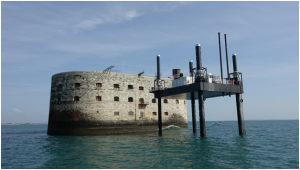 Fort Boyard is widely known among the French themselves but much less known in the outside world. Constructed in the 1800s under the leadership of Napoleon Bonaparte, Fort Boyard is known today as the filming location for Fort Boyard the TV show which is the main reason why this monument is so well-known in France. In order to see the inside of the fort you’ll likely have to be a contestant on the show, but seeing the outside of it both easy and affordable.

The Château de Chambord is a classic example of a French château due to its recognizable architecture. Located in Chambord, France the château was technically never fully completed. Despite this, it still attracts hundreds of thousands of tourists each year which is far less than either the Eiffel Tower or the Louvre even if there is much more history involved with it. If you’re willing to step outside of Paris or another large French city then Château de Chambord should be a must-do for you.

Built by a postman of all people the Palais Idéal du Facteur Cheval is fascinating, yet a bizarre piece of architecture that doesn’t even look like it belongs in France. This fascinating piece of architecture is found in Hauterives, France and took roughly 34 years to build. Completed in the early 1900s, the palace was designated as a historical monument in 1969 long after the death of its creator Ferdinand Cheval. This is definitely one of the lesser-known French attractions even if it is just as impressive as any of the others. 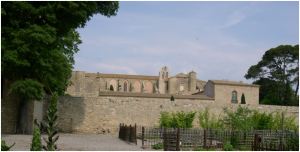 This amazing and humble abbey can be found in southern France in a town called Villeveyrac. Originally inhabited by Benedictine monks, it was purchased hundreds of years after being built by a winegrower who transformed it into a wine cellar. It still serves the purpose of maturing wine even to this day. If you enjoy or are interested in wine culture and want to take a trip off the beaten path then Valmagne Abbey may be a place that you should place on your to-do list.

With a country as rich in history as France, there are bound to be quite a few amazing places that go unnoticed. The next time you visit France and are tired of the usual tourist destination take some time to go on the road less traveled. You may just find that what’s out there is better than what you expected.