Globalization has led the business sphere to become a diverse space, with people from different ethnicities and nationalities coming together to work in the same work setting. Hence, the need for professionals to be proficient in multiple languages has never been more pressing. However, before you decide to take up evening language courses for a better career, you must be aware of the languages that are in demand in the business world today. After all, civilization has given birth to as many as 6500 languages! Here is a list of the top 5 languages that you can consider for your evening course.

English is the most widely-spoken language in the world, with 1.132 billion speakers across the world. In fact, it is the language of the Internet and computer technology today. English is spoken in many parts of the world and is also considered the language of business. It is also the official language in the USA, Great Britain, and Canada. Furthermore, its extensive use has made it one of the most influential languages of the world.

With a user-base of 1.116 billion, Mandarin Chinese is trailing behind English as the second most spoken language in the world. This can be accredited to the high population of China and the fact that the country is a global force today. Many businesses have their origins in China, making Mandarin Chinese a popular pick for professionals who want to learn a new language to further their career. 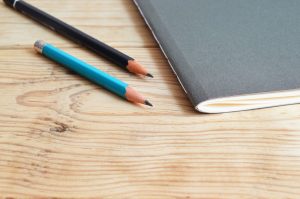 Next on the list is Spanish, which is spoken by 534.3 million people worldwide. Though it is behind English and Mandarin Chinese by quite a margin, it has gained increased popularity in the last few years. The reason for Spanish’s popularity is that it is spoken in over 20 countries located in Latin America. In fact, Spanish is one of the most commonly spoken languages in the US& UK, encouraging more professionals to opt for evening courses to learn Spanish language.

French has about 279.8 million speakers across the world, with 77.2 million native speakers and 202.6 million people have French as a second language. For many years now, French has been the language of diplomatic dialogue. Major reasons that contribute to this status of the French language are the fact that France is the 7th biggest economy and Paris is one of the most popular cultural hubs in the world. French is also called the “Language of Love”.

There are 273.9 million Arabic speakers in the world, making it one of the most spoken languages. The Arabic language came into existence with the Muslim civilization and has made its mark across continents. It is the official language of the Arabic League, which comprises a total of 22 countries.

Learning a new language is always an asset, as it contributes to your professional growth. It not only makes you well-versed and proficient but also gives you the opportunity to explore new dimensions in the business. If you also want to advance your professional growth by enhancing your relevance in the global business setting, you can sign up for an evening language course. An evening course will allow you to pay attention to your current professional obligations and at the same time help you learn something new.