If you’ve spent enough time around the race track, auto store, or mechanic’s shop, you’ve likely heard a fair share of myths and old wives tales about cars. While some of these stories are true, others are common misconceptions that lead you to waste time and money you could better spend elsewhere. Lastly, some tall tales are outright falsehoods that can actively hurt your vehicle’s performance and keep it from reaching its full potential.

It’s time to eliminate some of these myths once and for all. Read on to set the facts straight regarding four common misconceptions about the sport of racing.

Myth #1: Backpressure Is Back

Many people believe that backpressure will help maximize horsepower, but conventional wisdom indicates otherwise. The exhaust system’s primary role is to get rid of exhaust gases, and back pressure, which results from a restricted system, makes this process less efficient.

However, a conflicting theory exists where some people believe too little backpressure is a bad thing. According to this notion, a free-flowing exhaust system will decrease the power output.

So, is backpressure good or bad for power output?

When people say that a small amount of backpressure is beneficial, they often confuse backpressure and exhaust scavenging. Exhaust scavenging is a phenomenon where the flow of gases through the exhaust system creates a small vacuum that helps pull the exhaust out of the cylinder. A precisely designed exhaust system betters this effect across a wide RPM range and evacuates spent exhaust gases more efficiently.

Drilled rotors were born for serious racing back in the age of asbestos brake pads. During that time, the pads happened to outgas—the bonding agents in the pad evaporate, creating a thin layer of gas that prevented contact between the pad and the rotor—under high heat. So, manufacturers drilled holes on pads and rotors as a rudimentary solution.

Though it worked pretty well during that time, brake pads are no longer made of asbestos these days, and outgassing is no longer an issue.
Presently, drilled rotors are more of looks than performance as they can crack under pressure.

So, why do some streetcars like Porsches and GT350R have drilled rotors? The simple answer is that these cars are strong enough that drilled rotors don’t cause issues when driving on the street. Nevertheless, if you push them to their limits, they will crack fast compared to straight rotors. 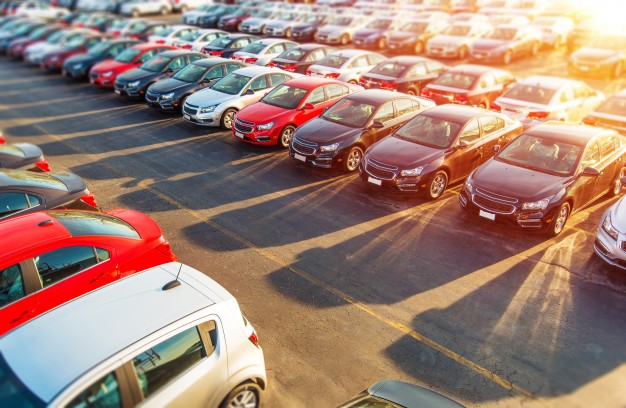 Myth #3: Having Wings Will Elevate Your Performance

Everyone has seen other car owners and automakers rock huge wings on the back of sports cars. While they may look aesthetically pleasing, wings have a complicated effect on racing performance. Many people think that wings help improve lap time, safety, and handling, but really, adding wings will have a mixed bag of results.

Wings actually reduce the lift that’s generated when a car travels fast. When a vehicle’s body moves faster, the change in pressure produces a lifting effect or force. Lift reduces stability when traveling fast and causes the vehicle to rise up and effectively become lighter.

However, when cornering or stopping, the lift is a bad thing for performance, as you have less control of the vehicle. Turning or stopping becomes easier when the car presses down on the ground, as tires have a better grip when being pushed down. The wing on the back of a sports car offers this downward push called downforce. Downforce is just the opposite of lift (lift is an upward-force) and can be thought of as a reduced lift.

While many people believe that adding mufflers to an open system lowers horsepower (like an exhaust pipe, mufflers with obstructions in them slow down the exhaust flow, thus reducing the power), that’s not always the case. A muffler will only slow you down if you buy the wrong one for your vehicle. If you buy the right muffler and upgrade the cat-back system to match it, a muffler can actually be a performance booster.

“Myths” are generally information passed down from generation to generation. While some of these myths are partially true, a few others are downright false. Misinformation is everywhere, and these four myths are perfect examples of the fallacies many people believe. However, falling for such falsehoods will cost you your vehicle’s best performance on the track. So, the next time you hear advice that sounds suspect, research online or talk to an expert before putting it into practice.