Few wrongful death lawsuits are as high-profile as the one filed by Vanessa Bryant, the widow of NBA legend Kobe Bryant. In January, Kobe Bryant died in a helicopter crash that also killed his 13-year-old daughter and seven others, including the pilot.

In February, Vanessa Bryant’s legal team filed a suit against the helicopter company. The complaint states Kobe Bryant died “as a direct result” of the pilot’s negligence.

But who is entitled to wrongful death benefits? In this case, Vanessa Bryant is seeking money for herself and her surviving children.

But the laws around wrongful death suits vary from state to state. Keep reading to find out more about who gets the money in a wrongful death lawsuit.

Who Is Entitled to Wrongful Death Benefits?

You can be sad if, for instance, a good friend and coworker just died. But you probably cannot file a wrongful death lawsuit in response to that friend’s death.

Why not? Because wrongful death suits are only for a certain group of people.

In general, a surviving spouse and children are eligible. Other blood relatives, including parents and siblings, can also have a claim in some situations.

The family can seek money for money that the deceased person would have otherwise earned. In the Kobe Bryant case, that means his family could get awarded millions.

But lost wages aren’t all that’s at stake in wrongful death suits. According to the experts at sweetlaw.com, suits can also seek compensation for funeral costs, therapy, and more. 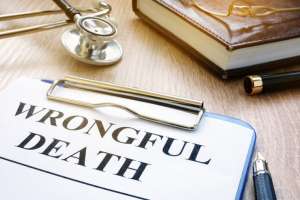 Not everyone who experiences a tragic loss has a case for a wrongful death suit. They must prove negligence, misconduct, or some similar bad behavior led to the death.

Medical malpractice is one possible reason to file a suit. But those cases are especially hard to win. Among other things, you have to prove that the doctor violated a certain standard of care.

Other cases are more clear-cut. Let’s say a drunk driver rams into a family’s van and kills one of the parents. It also injures everyone else in the car.

Any award given to the family for death caused by a drunk driver is not the same as a criminal case. A civil wrongful death suit is about attempting to make surviving family members whole.

In other words, the drunk driver in this hypothetical case could go to jail. But if they have any recoverable assets, they could get held liable in civil court long after their criminal case is over.

But as any good lawyer will tell you, nothing’s guaranteed. You can do everything right and still lose. It’s a complex area of civil law.

Are you someone who is entitled to wrongful death benefits? If so, don’t delay seeking legal advice. Each state only gives you a certain amount of time to file suit after your loved one dies.

Want more information on hiring a lawyer? Explore the law section of our blog.