Before we get to learn about how six Sigma teaches to develop an organization we should know about six Sigma itself. So, Six Sigma gives you the tools and techniques to determine what’s making the manufacturing process or any problem slow down or not being done properly. It also helps in finding solutions of how to eliminate these delays and problems and helps the organization or company work fluently. The concept of six Sigma was introduced in 1988 by Bill Smith while he was working for Motorola since then six Sigma has seen worldwide adoption and Six Sigma also aims to reduce the time defects and variability experienced by processes in an organization and because of six Sigma a non-defective product can be produced 99.9 percent of the time. Now let’s know about how to learn lean six Sigma black belt certification.

Why is this important?

Six Sigma has two major methodologies that are DMAIC and DIEMADB.lets have a look at our first methodology DMAIC is an acronym for define analyze improve and control. Now let’s take a look at each of the stages of 6 Sigma individually and how it relates to our earlier problems. So the first phase is the defined phase. In this phase, people determine what issues they are facing and what the opportunities for improvement are and what the customers require from the company or organization. Then comes the major phase in which we determine how the process of performing currently in its unaltered state. So let’s move on towards the analysis phase in which the person determines what caused the defect or variation on analyzing the previous data. Next comes the improved phase in which the changes are made to the manufacturing process and ensure the defects are addressed and then get them replaced too. And finally, the last phase is the control phase in which regular adjustments are made to control new processes and future performance based on the changes.

How does it work?

Now let’s talk about who works in a Six Sigma team and what are their qualifications. The first are the white belt holders, the white belt holders are the rookies, they just have the basic knowledge of principles and methodology about the six Sigma program. They work locally with projects and solving relatively small issues and are the foundation for the ones deciding the course of the program. Then come to the individuals having yellow belt certification they certainly have more knowledge than the white belt holders, it is a view team member with an understanding of the basic metrics and methods of improvement and they are responsible for identifying certain processes that need to improve projects. Then we come for the green belt certification. 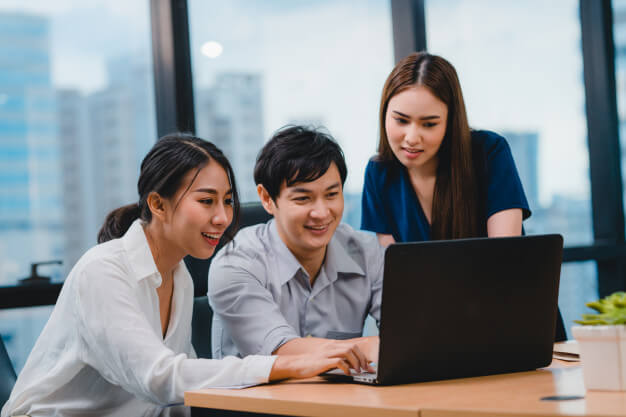 These are again more skilled than both white belt and yellow belt holders. These are part-time professionals with several different duties. They focus on smaller Six Sigma projects and are included with gathering data, executing experiments, and analyzing information and they can also assist with black belt projects. So let’s come to our highest rank of certification which is the black belt certification. The six sigma black belt certification is the most talented intellectuals who have a tough knowledge of Six Sigma and are the team leaders of most of the Six Sigma projects and they complete 4-6 projects a year which again shows that they are quite experienced too. They are the experts of principles and methodologies and learn concepts and can identify hidden reasons behind a product’s failure.

What is there to learn?

People can learn lean six Sigma black belt online training on different platforms. For getting a black belt certified the person should have 3yrs and have adequate it more of work experience which includes two completed projects with signed affidavits or one completed project with a signed affidavit including the3 yrs of work experience in one or more areas of the Six Sigma body knowledge and the work experience must be in a full time paid role. They should be well prepared to take the exam conducted for the selection of the black belt certified people which is quite difficult but again if someone wants to be on the top position or a leader there must be fully prepared for every situation to face due to which they have to attend a qualifying exam to prove that they are worth it to be invested on and to be made a leader and to also prove that they can handle any type of tough situations as a leader. For getting a black belt course the person should have lean six Sigma black belt certification and training.

In the end, Six Sigma is a very well renowned certification that can be gained by some multi-talented individuals, and reaching its black belt position is tough to achieve. By learning the Six Sigma Black belt courses not only do you get recognition all over the globe but also the black belt holders get a lot of respect from their fellow employees because of their level of knowledge on six Sigma which has completely changed the future of a company.