The UAE’s hospitality sector continues to thrive because of government support. This sector is expected to continue rising as more international tourists flock the region. This can also be attributed to new developments and projects directed towards the growth of hotels and restaurants.

With new trends expected to take over the hospitality industry, hotels in the UAE are bound to receive more guests. Hotels in the UAE have always attracted visitors, but they attract more people by offering a wide range of cuisines from all over the world. Visitors not only come to relax but also to dine.

Why UAE is Dominating Pipeline of Hotels under Construction

The UAE is known for its beautiful, majestic hotels that offer top-notch services. People from all walks of life enjoy the beauty of the land and the hospitality. Below are the reasons why the UAE continues to dominate this sector: 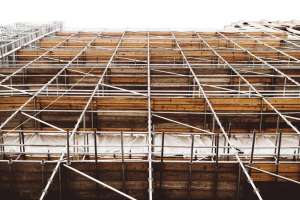 The UAE continues to dominate the pipeline of hotels under construction because of various brands. Hilton Worldwide is the leading franchise company in the UAE and the Middle East. Its largest construction has 95 projects with 25,664 rooms. This is closely followed by Marriot International, which has 93 projects and 20,726 rooms. AccorHotels is next with 92 projects and 25,011 rooms.

These franchise companies have their leading brands that propel the industry forward. These include Hilton’s Double Tree, which has 28 projects and 6,580 rooms. Next is the Hilton Hotel & Resort with 22 projects and 6,959 rooms. The Hilton Garden Inn has 21 projects and 6,404 rooms.

The UAE is home to the most number of hotels in the region that is why when looking for a hotel in Dubai, you are spoilt for choice. Dubai has the most hotels in the Middle East. It also has the highest number of hotels under construction. Although the hospitality industry has faced many challenges, Dubai’s hospitality sector remains a top-performer in the Middle East.

According to Dubai Corporation of Tourism and Commerce Marketing, the city hosts 104 five-star-hotels. It is also estimated that the number of hotel keys per resident is at 29.9% for every 1000 people in Dubai. Room supply in Dubai was set to reach 132,000 by December 2019. Occupancy levels, on the other hand, are set to remain at 76-78% even with all the growth in capacity, which attracts more hotel investors as well as developers.

DoubleTree by Hilton is set to join the 11 hotels operating for the Hilton brand in the UAE. The hotel will be located in Dubai between several attractions, such as Dubai Museum, Dubai Creek, Al Fahidi Fort, and the souqs.

The UAE leads in many sectors, including the hospitality industry. Government support, as well as hotel investors, contribute to the growth of this industry. There are many pipeline constructions in the Emirates, which will boost the number of rooms available for visitors.