So you just got off with binge-watching Peaky Blinders and are now wondering what would it be like to have your own distillery, and how exactly does an actual whiskey distillery work?

The modern-day distillery looks something out of a chocolate factory. When you look at it, it’s all gold and gleaming. It would have tall columns that are connected by several networks of tubes. Sometimes you may be able to spot out sure pots and it’s all so magnificent. However, something that looks so majestic also works in majestic ways. These metallic bodies make up your favorite kind of whiskey, gin, and vodka. Whichever you prefer.

The history of distilling actually is interlinked with the history of alchemy. Yes, you heard that right. It’s all science!! If you want to know how it is done, it’s pretty simple and not so simple either. It all starts from here:

Well, the primary step within the whole process is sourcing the sugar that’s essential for Fermentation. In the case of whiskey, the source is Barley. It’s essential that the Barley you select gives a high-yield of Sugar so that the ultimate product is more satisfying. Then that Barley has got to undergo the method of Malting, where it’s soaked for 3 days in water, then spread on a floor for it to Germinate. It must be turned regularly so that its temperature is maintained. Once the malt starts to shoot, the Germination must be stopped in a kiln, where Barley is now dried and the length of drying is controlled to influence the taste of the ultimate spirit. The Barley is now referred to as malt, which is ground down in a mill for further processes. After that is done, we go down to:

The next step is named Mashing. Malt obtained previously is now mixed with pure, natural water obtained from natural sources like rivers, and is stirred in a large vessel for a couple of hours. The standard of water is vital to be as pure as possible since it greatly affects the taste of the spirit. The sugar in the malt then dissolves within the mixture and is collected from the bottom of the container and is now referred to as Wort. the method is carried out 2 to 3 times to extract the utmost amount of sugar possible. The residue from the method is collected as a draft and is then utilized in the farm feed production.

The wort obtained from mashing is now cooled and then utilized in the method of Fermentation. Water and yeast, which is carefully selected counting on the standard of the final product desired, are mixed with the wort in containers called washbacks that are generally made from wood, however, containers made from stainless-steel are being increasingly adopted. The yeast then converts the sugar into alcohol during a matter of 48 hours, this timeline may be extended to get certain characteristics that are desired by the distiller. The substance is now referred to as wash and is prepared to travel into stills for distillation. 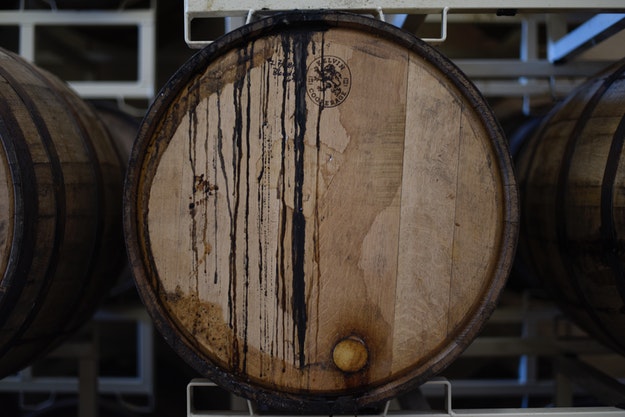 The wash is transferred to a still by the utilization of a pump. The stills are made up of copper, which is nice for removing impurities from the wash. It’s round at the bottom and narrow at the neck with heat being given from the bottom. The chemistry of distillation is straightforward. The liquid contains various contents like esters, alcohols and that they all have different boiling points. We slowly raise the temperature and to the boiling points of various contents and that they vaporize and lift to the neck. Traditionally, coal is employed to heat it, but steam and gas also are used. When the wash boils, it rises in the form of steam and is transferred to a condenser via a Lyne’s arm. Extreme precision is required because if the warmth gets too high, the vapor contains an excessive amount of heat, whereas if it’s too low, not enough vapor will enter the arm.

The vapors that pass through the arm are now condensed in a condenser. The vapor passes through a pipe which pipe is surrounded by another pipe containing cold water, which makes the vapors become liquid then alcohol is collected from the bottom.

The collection of the liquid from the condenser is quite complicated and may be fatal if the Stillman isn’t careful. the primary part that gets boiled and collected is named the foreshots. This features a pungent smell and is poisonous and folks have gone blind and even died thanks to this first part. As we raise the temperature within the still, more liquid boils and this point we obtain the fraction called the hearts. This is often the one we would like, it smells like alcohol, isn’t poisonous and contains 60-70% alcohol. it’s carefully collected by the Stillman with the use of a still safe. The last fraction that we receive is named the tails, it’s low in alcohol content and also pungent-smelling but not poisonous and is set aside to be distilled later.

Finally, the last step in the whole process is Maturation. The heart fraction, that is now known as Moonshine, is colorless and harsh. It is then put into casks, typically made of oak, and then set to mature for a period, ranging from 3 years to over 50 years. There are different kinds of casks in different sizes, charred or toasted, and each variable here plays a part in the taste of the Whiskey. The place where you store your whiskey is located also plays a huge part in the taste after maturation. If you are located near the sea, it will taste way different than if it was stored on a mountain. The wood of the cask also breathes some air, which also plays a part in altering the taste of the whiskey. During the maturation period, around 2% of the whiskey is evaporated and this explains the reason why older whiskeys are expensive to buy, simply because there is so less whiskey in the cask to be bottled.

And that is how you can have your perfect cuppa wine, any day and every day that you like. Each process is essential and carefully looked after and calculated to be able to give you your glass of pure pleasure and relaxation. We hope you enjoyed reading the article and now understand how a wine distillery really works.