Anti-drug activists will have you believe that a few puffs on a joint will make you a lazy, red-eyed, unemployed, and brain-dead couch potato for life. But the question is, is weed actually that bad for you? With so many countries starting the legalization of weed for recreational use and medical use, scientists have had the chance to see what cannabis can actually do for you. Most of the states of the US have legalized the use of marijuana for medical and recreational purpose. Some other countries like the Netherlands, Spain, Australia, Germany, Canada and many more have come forward to decriminalized usage of marijuana. For the legal distribution of weed in Canada, it has taken an advance where people can buy it online from online dispensary Canada.

There are lots of debates and studies are being done on the benefits and drawback of the use of marijuana. There are actually some very surprising benefits of cannabis. So we have made a list of some prominent benefits of weed.

Research carried out in Israel shows that smoking weed can significantly reduce pain and tremors in Parkinson’s sufferers and can help them sleep at night. One of the outcomes of this medical trial was that they had improved motor neuron skills such as being able to draw and write again.

The University of Nottingham in the UK discovered that cannabinoids in weed can protect the brain from further damage after a stroke by reducing the size of the area affected by the stroke. This isn’t the only research that has shown neuroprotective properties in marijuana, some other studies have shown that weed can be used to cure the mental health of the people who are suffering from such conditions.

One of the more known uses of marijuana is for people going through chemo. People being treated with chemotherapy can go through excruciating pain, vomiting, nausea, and loss of appetite. Well, Pineapple Express can help by reducing the side effects, helping with the pain, nausea, and giving you the munchies. This has been known for a little while though and there are already multiple drugs out there with THC, the active ingredient in weed, to be used for the same purpose. 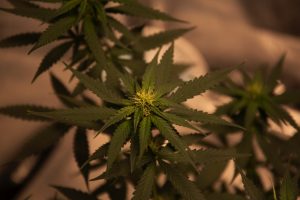 It turns out smoking weed isn’t that bad for your lungs at all. Smokers have actually improved their lung capacity and lung health after quitting nicotine in place of marijuana. Researchers of the American Medical Association have even gone as far as publishing a paper, saying that smoking weed actually trains the lungs to be more efficient.

Smoking weed can help patients give up opiates like heroin. Researchers at Columbia University monitored the patients undergoing treatment for addiction and found giving the patients weed helped by making it easier for them to sleep, curbing their anxiety, and gave them a higher probability of completing the course. It was also found out that they’re giving them high concentrations of THC helped with the withdrawal symptoms.

 5 Ways To Carve Out Your Path To A Successful Business

Are you tired of following someone else’s path to success? Do you ever feel like you…