December is the month that is full of festivals and holidays. The other name for the month of December is “World of Holidays”.December global holidays are special in many ways and are celebrated in very big fashion, some of the festivals are as follows: Christmas, Hanukkah, Kwanzaa, New Year, Winter Solstice, and much more. This is also the month which is filled with celebrations and parties. The arrival of this month is marked by some of the popular festivals, cultural and corporate events all around the globe. In this article, we have put our best efforts to cover the important global holidays in December.

To know more in detail about each holiday, you have to read the section below carefully.

Krampusnacht or Krampus Night is an annual festival held in early December – usually on the 6th, which is also International Migrants Day. It is a time to celebrate the mythical devil: Krampus. Often referred to as “Krampusnacht” the night before St. Nicholas day, Krampusnacht stands for Krampus Night! He reportedly arrives at town halls during that night, when German children check their shoes and stockings to see if they’ve been naughty or nice (and ready for lumps of coal far worse than those brought by Santa Claus) during the previous year. 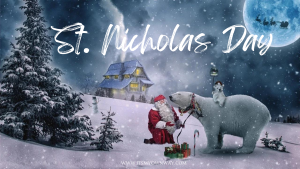 St. Nicholas is an individual whose behavior was very good towards the helpless individuals around him. He devoted all his cash to needy people. He devoted as long as he lived to serving and really focusing on individuals who are debilitated and suffering. There are many countries across the continent of Europe that celebrate this day. It starts from the night before the date turns to the fifth of December. Normally, there has been a custom of celebrating it by sharing candies, chocolate letters, little gifts, and riddles. Many children put out their little shoes with carrots hoping that St. Nicholas will trade them for little gifts and treats. This day has huge importance in the small towns and villages of Russia and Greece.

3. Feast of the Immaculate Conception 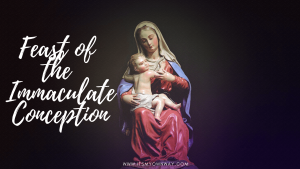 The Feast of the Immaculate Conception is a wonderful way for Catholics to celebrate what they believe comes from being “immaculately conceived.” This special day falls on Dec. 8th every year, which makes it also a Holy Day of Obligation, meaning that all Catholics are required to find Mass and attend this event. In addition to personal attendance of masses, many parishes will also host vigil masses the day before, so people can celebrate their faith together in advance! 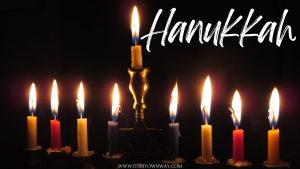 The Perfect Storm Wine Festival is a brand new event set to take place on the Beautiful Sunshine Coast from 28th November 2021 to 6th December 2021, a full week for wine-lovers to head down and enjoy the wonders of this beautiful region! Hanukkah is also called by various names like Chanukah, Chanukkah. Some may also refer to it as the Feast of Dedication, Festival of Lights, Feast of the Maccabees, or Jewish celebration. The most commonly performed custom in this season is lighting a menorah with eight candles. Certainly, the families of the Jewish faith normally have these menorahs in their households. These menorahs are ignited during the day with a primary candle first and then the primary candle is used for lighting another candle every night. And during this lightning process, the people continue with their reciting of Judaic prayers.

Start your Christmas season with a Swedish-style celebration! Take part in the annual holiday observing December 13th, the winter solstice and shortest day of the year.

Las Posadas is a celebration of Christmas that takes place in Mexico and other countries around the world including Hispanic communities in the United States. During Las Posadas, there are many different parades throughout the country where cast members wear costumes and hold up images of Mary as well as Joseph – who traveled to Bethlehem with Mary to go and pay taxes for their baby Jesus. The celebration also occurs in homes where people will put up Nativity scenes each evening leading up to Christmas Eve. 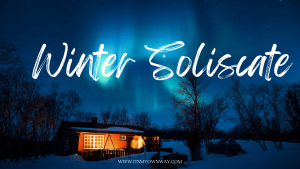 This Winter Solstice holiday celebrates the north’s winter solstice and the south’s summer solstice simultaneously. The December Solstice can occur on the twentieth, 21st, 22nd, or 23rd December, in any case, the twentieth and 23rd December solstices are interesting. On this day, individuals light up huge fires and candles to draw back the sun. It is very difficult for individuals to wait back for the cool climate, snow, skiing, and holiday spirit. You will see a peaceful spot of silence when you stroll through the forest, a muffled sort of calm.

Festivus is a secular holiday that takes place on December 23. It was created in the ‘Seinfeld’ episode, which is based on an old tradition, ‘Feast of Feasts’, by Frank Costanza, George’s father. Festivus is a parody of Christmas and Easter (and perhaps Hannukah). Its main purpose was to replace what Frank believed to be the over-commercialization of American society: At Festivus dinner, celebrants are each given an aluminum Festivus pole instead of a Christmas tree. 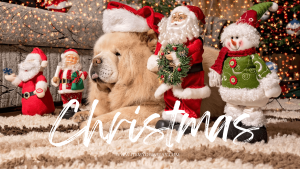 Christmas is one of the main festivals of December and it is widely celebrated around the world as it is the day of the birth of Jesus Christ which is the 25th of December. In Christianity, Jesus is considered the child of God. People all over the planet celebrate this worldwide occasion by arranging an excellent party and exchanging presents. Christmas is a very special occasion when all the individuals enjoy parties with their friends and families. Little kids wait for the presents from  Santa Claus or Father Christmas. Christmas is a very special holiday which is celebrated all around the world with great parties, suppers, and events. Everybody has their unique idea of celebrating Christmas. However, excitement and enjoyment remain the same in all celebrations. 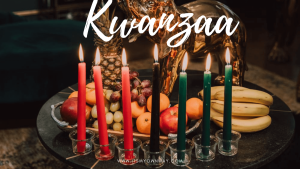 Kwanzaa is a weeklong festival of African-American culture and legacy starting on 26th December 2021 and finishing on 01 January. This occasion is celebrated in the United States mainly and in other countries as well. There is a common tradition that is followed in this festival in which the oldest girl of the house wears white and serves coffee and other baked products to different individuals of the family and guests. The festival is mainly celebrated from 26th December to the first of January. Throughout the Kwanzaa celebrations, African Americans celebrate with their families and friends. Some other ways to celebrate are attending different events or festivals. Many people dress up in festively vibrant outfits as well as enhance their households with fruits and vegetables that have been carefully selected for the specific day. 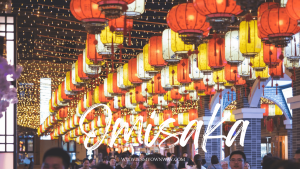 Many Japanese people celebrate the Omisaka Festival, which is considered part of the Japanese New Year. This holiday has been celebrated since medieval times when people would contribute cooked rice to the local Buddhist temple to be distributed to the hungry and poor. In modern times, as well as being a time to reconnect with family and friends over a special feast and enjoy fireworks, it is common for Japanese people to clean both inside and outside their homes before the start of this new year.

The December Global Holidays of the year-end up with New Year’s Eve which falls on 31st December 2022. Common ways of celebrating New Year include enjoying parties at the offices, eating mouth-watering foods, and making resolutions for next year. In many places, it is celebrated with loud music, firecrackers, and an extraordinary dinner. New Year is one of the major events that is celebrated all around the globe in the month of December. The main concept behind celebrating New Year’s Eve is to give a GoodBye to the year that is finishing and to welcome the next year with an opening arm.