Among all the types of renewable fuel sources that are available, biofuels are surely the most promising ones. In today’s world, where technological development and environmental concerns are boosting the demand for an unlimited supply of energy, renewable energy sources have become a necessity.

In simple words, biofuels can be defined as fuels that are made from natural products and organic materials such as plants. Once ignited, biofuel releases energy just like fossil fuel. Some of the most popular examples of biofuels include ethanol and biodiesel that are made from a fusion of different plants and animal materials like sugarcane and animal fat. 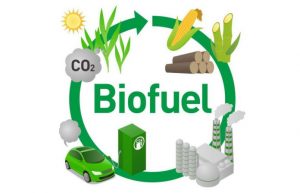 There are a number of different types of natural products and byproducts which can be utilized for the production of biofuels. In an attempt to make the world less dependent on fossil fuels, researchers are on the lookout for new and improved ways to utilize natural waste products for the production of biofuels. At the same time, a certain degree of criticism and support for biofuels thrives in different sections of society.

Throughout the past few years, as electric vehicles have transformed into a much more sustainable form of transport, the biofuel industry has been facing huge challenges. One of them being the fact that with such huge amounts of biomass needed to produce the fuels, they will not be able to meet the demands of the next generation of eco-friendly cars.

On the other hand, we can count on these technological advancements to make biofuel production processes more efficient and to enhance biomass viability. We already have many good examples of second-generation biomass fuels in front of us. Fiberight, for instance, generates 8 million gallons of ethanol every year by recycling hundreds of metric tonnes of waste.

The Other Side of the Coin

There has been considerable concern about the detrimental effects that replacing fossil fuels with bio alternatives may have on the environment. Biofuel production can affect land, water, and even biodiversity. For example, certain “sustainable” energy sources that are derived from ethanol crops, require vast areas to be flattened.

Specialists are afraid that such activities could lead to environmental destruction as well as greenhouse gas emissions. Considering all the risks of damage, investing in biofuels seems like a pointless effort. Such concerns have deterred financing in the field as both investors and the general public have considered it to be an option that would be harmful to the environment.

Although concerns exist, they can be solved (or at least eased) with third-generation biofuels. These are algae-based fuels that are refined to make diesel for cars. The good thing about this option is that algae can be easily produced through genetic engineering, without any environmental degradation.

Research on third-generation biofuels seemed pretty much impossible in the past, but now, more and more elaborate processes and experiments are becoming available each day. At this time, the algae-based fuels can be produced in an artificial environment, using means such as photobioreactors. These processes don’t lead to loss of land or biodiversity.

The research on these fuels is still in its initial stages but there is a huge chance that we will see a breakthrough soon. Exxon mobil is currently spending $1 billion a year with great hopes to solve this problem in the coming years.

How Biofuels Work in Cars

When it comes to powering our cars with biofuels, there are a few adjustments needed if we want to keep driving safely. Since biofuels have a lower energy density than petrol, a traditional car needs its ignition timing to be modified so it can work with an increased fuel tank.

Another issue with driving on biofuels is that they are not as easily available at gas stations when a car needs to be filled up. Moreover, these cars use a greater amount of fuel per mile because of their low energy density, which means that they have to be filled up more frequently.

There are surely certain risks associated with biofuels, but that has always been the case with any new technology. Despite its risks, it continues to be one of the best options for our future, with the third generation biofuels offering particularly promising solutions to the problem of traditional fuels.

Once the development process of biofuels has been mastered, it will only be a matter of time before this sustainable fuel will be manufactured and supplied at the scale that’s required. It might take a while but it surely is the future of renewable energy sources. 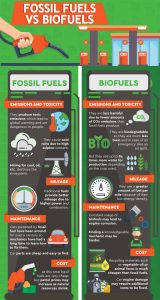