How can a country exist but not be recognised? Well, let us explain! There is no universally agreed-upon definition of a country, therefore in some areas, the locals have established themselves as their own state and declared it so – but does this make them a country in the eyes of the rest of the world? Not necessarily. Not to mention that wars, politics, treaties and even sometimes just a technicality can leave a country rendered ‘unrecognised’.

In fact, some places can have their own currency, flag, government, and language, and still not be recognised as a country. It’s pretty mind-blowing. To show you how and why this happens, MyBaggage.com has pulled together a list of seven unrecognised countries from around the world that you can actually visit. Some of the names on the list you may never have heard of, making it easier to see why they aren’t recognised, but others may surprise you. 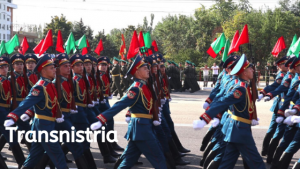 You may have heard of Transnistria before as it is one of the most notorious unrecognised countries. Though its official name is Pridnestrovian Moldavian Republic, this small strip of land is not recognised as a country by neighbouring country Moldova. That’s despite it having its own passport, flag, currency, borders and even its own Independence Day! Often referred to as ‘the last remnants of the USSR’ thanks to its abundance of Lenin statues, you can travel here by bus or train from either Moldova or Ukraine. Visas only allow you to stay for 24 hours unless you choose to extend it while you’re there. 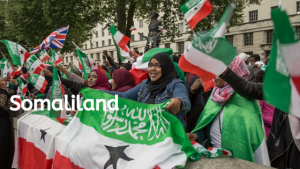 Somaliland was a former British protectorate and in 1960 was granted independence – but this only lasted for five days. After that it was joined with the Italian Somaliland and the Somali Republic was formed. Then in 1991 after a civil war, Somaliland reverted back to the original borders set out by the British. They have a flag, parliament, currency, passport and even their own number plates, yet no other state recognises Somaliland as a country, they simply pretend that the Somali Republic is still intact. You can apply for a visa to get here, but due to unrest in surrounding Somalia, the FCO strongly advises against traveling there. 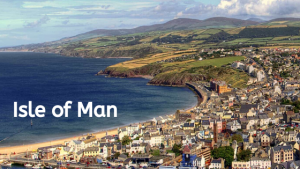 This British Isle does not belong to the UK or the EU. For a long time, they have had their own parliament and made their own rules. In fact, there’s is the oldest continuous ruling body in the world. So how is the Isle of Man not considered a country? More a technicality, it is actually a self-governing British Crown Dependency ruled over by the British monarchy, so by definition, it is not a country. That said, it is well worth a visit if you get the chance and it is easy to get to. You can catch the ferry either taking your car or by foot, from a number of ports around the UK.

4. The Republic of Užupis

The Republic of Užupis is a very quirky little nation and has been described as ‘a tiny republic of free spirits’. This self-declared republic began from an artistic neighborhood in Lithuania’s capital of Vilnius. The ‘country’ essentially formed itself in 1997 and has its own flag, currency, president, army and national day – if you visit you can even get your passport stamped in the post office. It’s very easy to get there, all you need to do is cross the bridge in Vilnius city center, you’ll see a sign for the borders. No passport or visa is required. 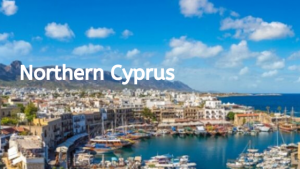 We generally think of Cyprus as just one nation, but in reality, it has two separate parts. There’s the Republic of Cyprus which is the larger part of the island, then there’s the Turkish part in the north. There is a militarised border between the two after Turkey invaded Cyprus back in 1974. Those that live in the north use Turkish currency and the Turkish language – so realistically this should qualify as a country in its own right, but it is not officially recognised. You can enter Northern Cyprus by plane or overland traveling from the south. However, if you’re planning on stay longer than 90 days you must check which visas you need beforehand, as these may differ from the southern half of the island. 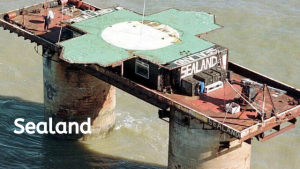 Sealand is a micro-nation with a population of fewer than 30 people, found just of the coast of England. This peculiar settlement is man-made and is really just a platform in the North Sea (around 0.025 kilometers squared in size). That said, the nation has its own currency, flag, passport, prince and even a national football team. Another crazy part of this quirky nation is that you can buy a title to become either a Lord, Lady, Baron or Baroness of Sealand for less than £30.

Despite all of this, it is not recognised as a country.

You can visit Sealand, though it can be difficult. There is no regular transport so you’d have to pre-arrange a boat or helicopter, but getting a visa for your visit almost impossible as you need the approval of the Bureau of Internal Affairs. They have been considering tourist visas in recent years, but they very rarely grant permission for anyone to visit. 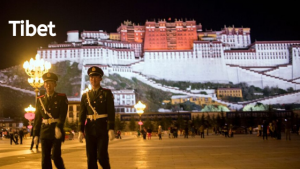 Last but certainly not least is Tibet. You’ve probably heard a lot about the struggles of this nation with an entire ‘free Tibet’ movement being formed over the years. This spiritual nation was taken over in the 1950s and has remained under Chinese occupation ever since. Because of this the historic territories of Tibet are no longer recognised by the Chinese Government and instead the nation has been divided up into smaller Chinese provinces. So now when China refers to Tibet, they only mean the autonomous region of China.

You can visit Tibet, but independent travel is forbidden. So in order to go, you’ll need to book your trip through a Chinese travel agent and you’ll be accompanied at every stage of your visit. You’ll also need an entry permit. Despite the rules and politics surrounding the region, it is a truly beautiful place and one worth visiting if you can.