It is not a secret that smoking is bad for your health, but when it comes to quitting smoking, it is not as easy as it sounds. More than 70% of smokers admit that they want to quit smoking for good, but even after trying their best, they keep coming back to it. If you are also looking to quit smoking, it is recommended that instead of trying to quit abruptly, you should transition to vaping. E-cigarettes are less addictive and not nearly as harmful as your traditional cigarettes. Here are just a few reasons why you may want to quit cigarettes for good and switch to vaping.

Just like regular cigarettes, nicotine is present in e-cigarettes as well, but the consumption method makes vaping nicotine a lot less toxic. Nicotine is addictive and can affect your health in several ways, but when you are using it in a vape, it is much safer. Since you are not directly burning the nicotine during vaping, it means toxic substances like tar and carbon monoxide are being eliminated. Those substances are dangerous and can cause various medical issues, including difficulty in breathing. The lung cancer and heart conditions people get from cigarettes are not because of the nicotine, but the substance it produces when it’s burned. 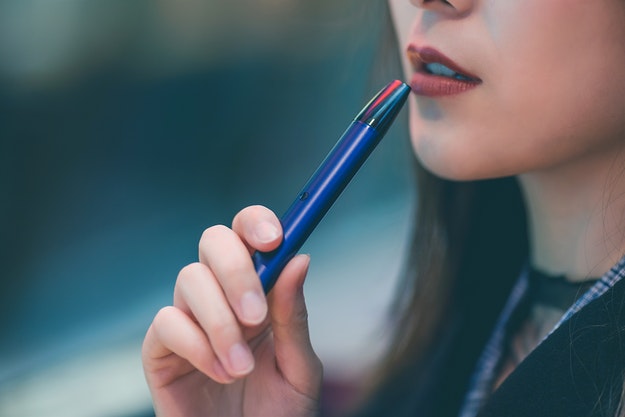 Say Goodbye to the Pungent Odor

One of the drawbacks of smoking is that not only does it cause you various health problems, but it leaves a pungent odor on you as well, which can be repulsive. And the worst part is that the smell lingers on you. It will stay on your clothes for days, and if you smoke in your room, it would be hard to rid the smell from there. But when you switch to vaping, you would not have to deal with anything like that.  E-cigarettes do not give out any pungent odor. In fact, if you get flavored refills for your vape, it will make you smell pleasant.

A lot of people think that vaping is more expensive than smoking cigarettes, but the truth is actually the opposite. If you are smoking around one box of cigarettes every day, then it means you are spending around, then it means you are spending around £250 on it every month. If you compare that to vaping, it can look quite expensive. It is true that vapes are much more expensive than a cigarette box, but that is an only one-time investment. Once you have bought the vape, you will be spending only £50 every month on the cartilages only.

It Can Actually Help You Quit Smoking

Transitioning to vape from cigarettes is a great first step to quit smoking. If you have failed to quit smoking in the past, just replace your cigarettes with the vape and get used to it. Once you have completely replaced cigarettes in your life with a vape, then it will be much easier for you to quit because e-cigarettes are not as nearly addictive as other cigarettes.